Ravenfield Is A Step In the Right Direction 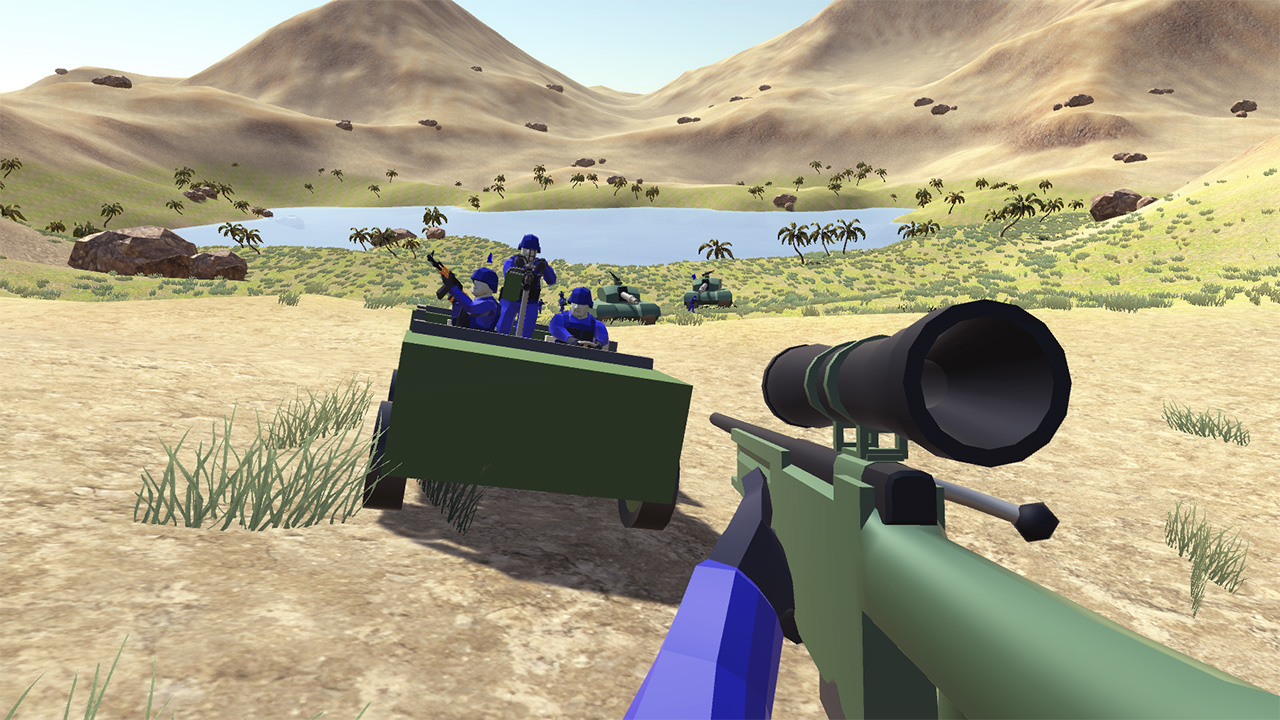 First and most noticeable is that the game isn't multiplayer, and (according to the steam discussion's official FAQ thread, there is no multiplayer planned to be added in the future).

The year is 2005. The place: Cyberzone, the best CS LAN Cafe in Las Vegas. We peer through the smoke to find a young Skookiesprite. He is screaming at the players around him, "When I say go, bail; gonna have 3 seconds on this." Skookie is piloting a Blackhawk helicopter into an LZ that looks like a fireworks show; there are jets whizzing across the horizon, anti-aircraft guns encircling the enemy flag spraying death at the skies, and, as Skookie put the helicopter into what seems like a nose-in suicide dive, he shouts "Gunner: here's your chance!," and rotates the machine 45 degrees. The Blackhawk's door gun opens up, everyone inside the aircraft totally convinced they are going to die, as Skookie effortlessly threads the needle between the bunkers, buildings, and trees, bringing the helicopter into a perfect love-tap of a landing on the skids. "GO GO GO!" Skookie counts to 2 before continuing the maneuver, pitching the machine forward with max power, capitalizing on not actually having stopped during the descent, using the momentum to bring the machine up, out, and turning sideways once again, shouting "Gunner: you still here?!" "HOLY SHIT THAT WAS AMAZING!"

Well, it's been a long long time since massive forces opposed massive forces in real-time ticket-taking death-dealing, control-point oriented humongo-scale fucking total insane balls-out warfare, and even longer for those of us who have been trying to game on Linux during the intervening years (considering that no type of "Battlefield" game has ever really been made available to us).

That all changed this week with the Early Access release of "Ravenfield," the first legitimate step towards control-point style mass-scale warfare. While these early results are promising, there are several noticeable absences that I think should be pointed out before you jump in with your Early Access fundages.

First and most noticeable is that the game isn't multiplayer, and (according to the steam discussion's official FAQ thread, there is no multiplayer planned to be added in the future). This is... a fantastic disappointment to discover after you've ponied up your money, somewhat on par with paying for sex and get over the pants heavy petting (members of our audience not yet as hellishly old as myself will learn: it is pain). But, on the plus side, at least the devs have openly and solemnly and completely taken this off the table as a point of discussion.

Secondly, what is actually there in this Early Access release is quite compelling apart from some of the helicopter mechanics.

Third, finally, and most promising, there is hope that the game could be used as an excellent platform for modding enthusiasts, and from such humble beginnings, the early rumblings of massive, game-changing, genre-defining evolutions have been known to arise.

Regardless, even in Early Access, "Ravenfield" is impressive at scratching the itch for this type of gameplay (singleplayer only or otherwise) for Linux enthusiasts. The action is fraught, fun, fast-paced, and with attention to detail that's impressive, especially in the individual soldier's animations. Check it out, but know that you will do so, sadly, alone.