Save You Till It Hurts 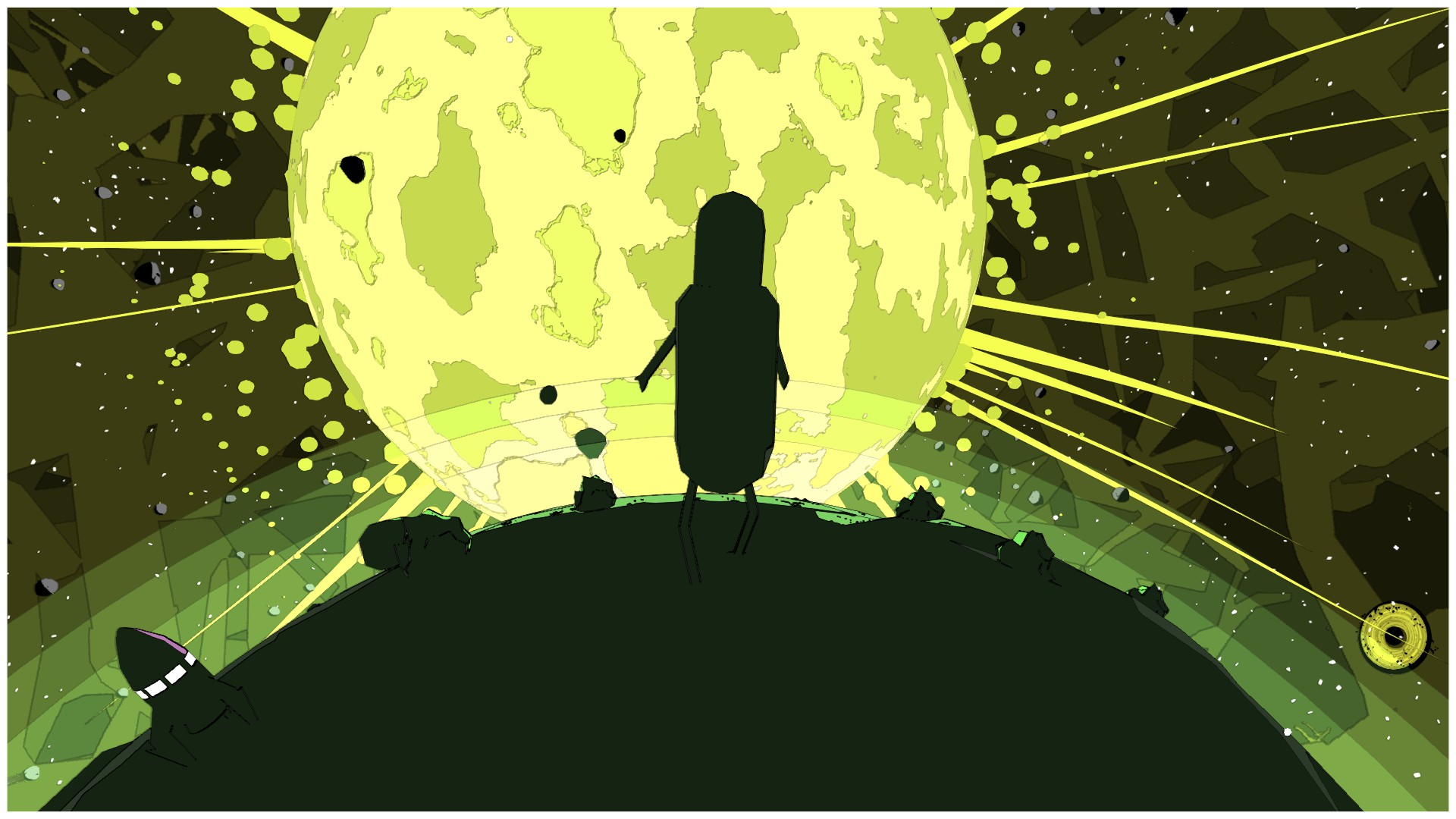 "When combined with the fantastic, comic-book art style, and the game's entirely unique set of camera perspectives and play-mechanics, the end result of this is overwhelmingly winning and effective: you'd be hard pressed to find any human being aged 3-130 who will not be ultimately charmed and bemused by the game's mythic-comic (human-tragedy) pantomime-pathos infused tale..."

I'm not sure yet if "Jettomero: Hero of the Universe" ($12.99, Steam Store, Ghost Time Games) manages to meet-or-exceed the absurdly high bar that it's visual style and overall aesthetic sets, but, please - for the love of the medium of the game itself - buy it. Not only will you be supporting the creative minds behind this singularly unique, mawkishly destructadorable, robo-cosmic, tragi-comic, cell-shaded, catastro-opera-of-awesomeness, but you will be telegraphing (perhaps, in your own quiet way) your secret-signal to the greater creative universe, and, in doing so, might help make more games like this (impossible) game possible.

But first: the impossible.

YOU: are Jettomero, the (titular) HERO OF THE UNIVERSE: a clumsy, impossible-to-not-adore, intentionally-poorly-rigged, cell-shaded, sensitive, perceptive-yet-slightly-clumsy hundred-and-thirty(ish)-story-tall enormous robot. You are indestructible and have two major super-robotic-abilities: you can fly like a pinwheeling rocket from planet to planet using your super-powered jet-feet, and - for the times when combat is unavoidable - can use your standard-issue death-ray-firing laser-eyes (but only to defeat opponents who are capable of competing within your weight class). Your mission is... well, uncertain and ambiguous, but your lack of memory when you begin your adventure in no way impedes Jettomero's innate, intuitive certainty that he has to "save the universe and protect humanity."

Comically, the player quickly realizes that Jettomero's blue-sky/brainstorm cocktail napkin sketch of the actual definition of "protecting humanity" is wholly absent from details, and Jettomero actually appears to have no training, understanding, or particularly useful skills in the "human saving" vein. In fact, he is so clumsy, and so overwhelmingly terrifyingly enormous, that - after landing with a tectonic-crust-cracking explosive thud on a planet's surface - it's common for the local population to begin evacuating their cities in abject panic while their pathetic military forces attempt to delay your character, as he enthusiastically explores (and explodes) the major cities and locales. Power plants erupt into apocalyptic balls of fire. Entire downtown areas are stripped of their skyscrapers like sets of dominoes. As lasers, missiles, spaceships, artillery, tanks, and experimental weapons batter our hero like small insects, he continues on, invulnerable and blissfully oblivious to the chaos and destruction he is causing, as he wheels uncontrollably, limbs twisting and spinning like a cross between a newly-mobile infant and some drunken-master kung fu marionette performing a slapstick pantomime routine.

When combined with the fantastic, comic-book art style, and the game's entirely unique set of camera perspectives and play-mechanics, the end result of this is overwhelmingly winning and effective: you'd be hard pressed to find any human being aged 3-130 who will not be ultimately charmed and bemused by the game's mythic-comic (human-tragedy) pantomime-pathos infused tale of well-meaning actions leading to unthinkable unintentional consequences/completely catastrophic scenes of destruction.

As a finished videogame, "Jettomero" is incredibly short, slightly repetitive, and fundamentally fun to control. However, what makes this little guy so truly special is how quickly player's will find themselves shrugging off these shortcomings in favor of simply seeing and experiencing the title as a major, somewhat-visionary, entirely-unique piece of interactive visual art - one that also happens to be insanely fun to manipulate. Judged by this criteria, "Jettomero: Hero of the Universe" is a captivating artistic achievement, and is hopefully just a tasty preview of further things to come from indie developer/publisher Ghost Time games. "Jettomero: Hero of the Universe" proves that they can get every aspect of development pitch-perfect, hopefully setting the table for larger and more ambitious projects to come.