Submitted by drklaw on December 24, 2016 - 8:23pm
On this Christmas Eve (also the first night of Hanukka, possibly also a member of other as-yet-unknown religious cults and organizations) we get into the spiritual and reflective true meaning of the season by advocating wholesale commercialization and buying sweet delicious games for yourself and hoarding them so you will feel less bad about your emotional issues. JUST SHUT UP AND BUIY
byline:
Seth "Fingers" Flynn Barkan
gamereleasedate:
Saturday, December 24, 2016 - 7:15pm 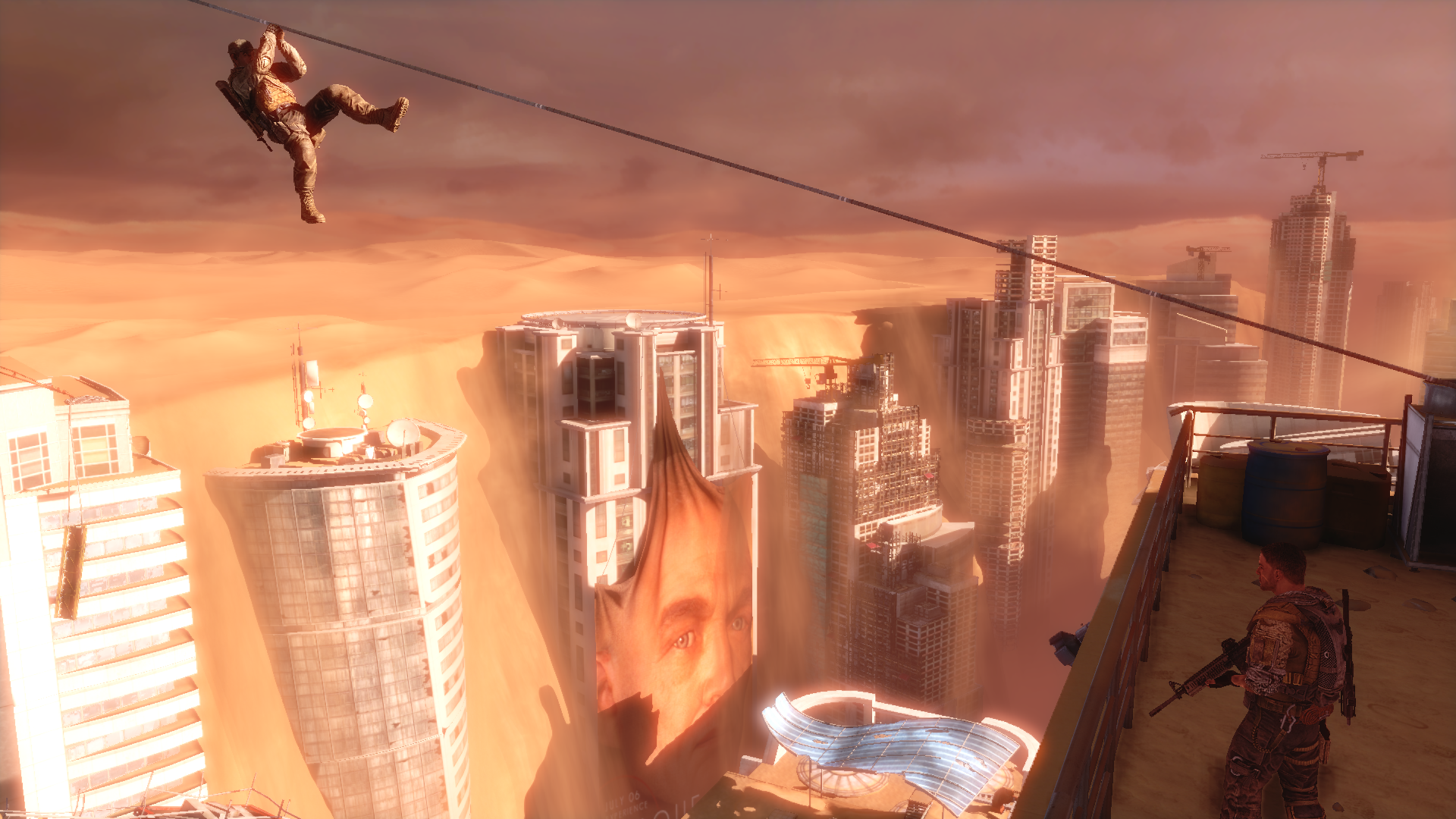 ... have a happy and safe holiday season (by locking your kids in the garage with the car running, ensuring you can buy more games without being interrupted)... YOURS!!! ALL YOURS! FINALLY!!!"

We've organized our list of don't-miss titles for the Steam Winter Sale into three categories this year: Major Titles, Rare Discounts, and Everything Else. Unlike some other (auto-generated) lists, a title has to meet all of the following criteria to make the cut: great (or extremely well-received) game, discounted enough to make a deals list, and runs on Linux. This year, we tried to limit the number of titles to feature to under 20, weighing in at a near-ideal fifteen selections. The "Major Titles" category is particularly star-studded, and is therefore weighted (descending) in order of just how badly you need to play the game/how much we loved it/how badly we have wanted it/how steeply it's discounted. So, let the sensuous Capitalist orgy of conspicuous and amoral consumption and materialism commence in all of its glorious immoral digital-bank-draining glory: you have not satisfied the Spirit of the Season until you've gifted at least 500 games and purchased double that amount for yourself! RAMMING SPEED!!!!

-If you listen to the podcast at all, it defies my sense of the possible that you have somehow escaped at least one prolonged love-rant to this excruciatingly and utterly fucking awesome high-octane opera of post-apocolyptically-delicious exploding greatness. AND AT THIS PRICE: fuck you, you are not my friend, are not cool, will be forced to wear a scarlet "D" (for "Dickface") for 10 years, and will be publicly shunned by all your BLGP loving peers if you don't snatch this up at $6.79

-One of the best games we've reviewed this year, howl at the hysterically hyperbolic totality of pessimism, then scream in agony as you come to understand the brutal accuracy of every line in its addictive, super-nuanced easy-to-learn strategy battles.

-Only taken around 3 years for Kerbal to finally get discounted into our price range. -66 percent off, it became ours at last for only $13.59

-$5.99 asking price ultimately put us over the resistance point to picking up this hugely popular, glowingly reviewed beauty pageant of moral quandaries.

A perennial fave of myself and critically featured to great prominence in several episodes of the podcast, Ark is almost always a steal regardless of price.

Trying to cover all of our big-game bases, for those of you who don't like exploding dinosaurs graphically being launched into space by cartoon cutesy characters to battle ancient evil in demi-sidescrolling party-based RPG action, Civ V is here to destroy all free time you may have til this time NEXT DECADE. Yours for the absurd price of $7.99

-Rarely seen on sale (yet almost always at the top of suggested buys and other auto-populated steam client store page lists for us), try to find an excuse to avoid finally buying it at $1.49

-Not sure, but I think this game (which I've waited forever to get at anything other full price) has been on sale one more time prior this year's Winter sale. Don't make the same mistake we did: snap it up while it's still half off... or be content with waiting over a year to play it.

-One of the earliest titles to ever be featured on the podcast (somewhere in the first 6 months of the show), we finally add this nearly-universally loved and acclaimed title to our menagerie for $7.99.

And the rest of the deals:

This War of Mine

-If "This War of Mine" didn't fire up your despair and surreal anomie engines to full blast, then "Dead Synchronicity" will finish you off with it's Jungian acid trip storytelling (or so the critics have told us). %75 off at $4.99

-Super steep sale price and great reviews not enough to ever get me to play scary game, making it one of the only titles on this list that I have not played, do not own and yet did not buy while combing the steam store. %75 off for horror fans at $4.99

-Mixed reviews won't stop me from finally giving this castaway survival crafter a try. %50 off, $7.49

Concluding, Prayerful, Deeply Spiritual Meditation and Prayer For All to Leave This List In Peace and Feeling Closer to Their Divine Creator:

NOW THAT YOU KNOW, get out there and make Satan proud and buy!

IF THERE ISN'T AT LEAST ONE TITLE ON THIS LIST that you know (deep in your selfish, anthracite, tiny, bleak little obsidian center of your heart) that YOU SHOULD BE BUYING AND GIFTING AND THEN BUYING MORE OF RIGHT NOW, I challenge you to let me know via twitter: @Vegaswriter. FOR THE REST OF YOU: cheers, Merry Christmas, Happy Hanukkah, Enjoy-Your-Holiday-Period, etc., but most of all: have a happy and safe holiday season (by locking your kids in the garage with the car running, ensuring you can buy more games without being interrupted)... YOURS!!! ALL YOURS! FINALLY!!!

Season's Greetings from your friends at BLGP!